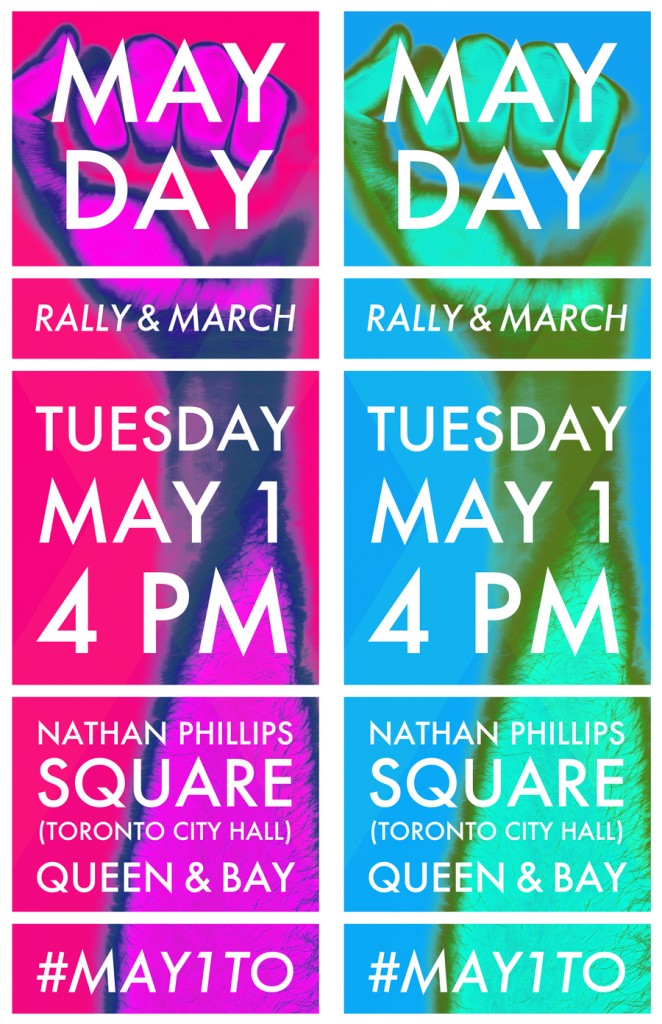 I made this poster for May Day here in Toronto. I wanted to try my hand at a 5.5×17 inch format, basically two posters to an 11×17 tabloid page, while thinking about all of those narrow electrical poles we try to put our posters up on.

It uses very minimal text, which has some obvious advantages and limitations – it allows the design to be visually striking and clearer from a distance, but doesn’t tell you a whole lot about what May Day is or why it matters.

And yes, that’s my fist in the image. One of my goals is to use my hand in more of my work, but I thought that meant drawing! And I want to locate myself in my work more, in terms of why I’m doing it. In this case, I’ve been helping to organize May Day marches with No One Is Illegal – Toronto since 2007.

The original idea was not to have a singular image, but a series, so we could scan a bunch of people’s fists, and put those into the posters. I like the variation of a series and the possibility of people putting up posters seeing themselves in the image and feeling a sense of ownership.

This poster below is by M1M, one of the three groups – along with No One Is Illegal – Toronto and (de)Occupy Toronto – trying to help coordinate the planning of the day this year, and it gives you a sense of some of the collective demands.

If you’re interested in seeing more May Day designs, the folks at Occuprint have been sharing new posters almost every day.

See you in the streets! 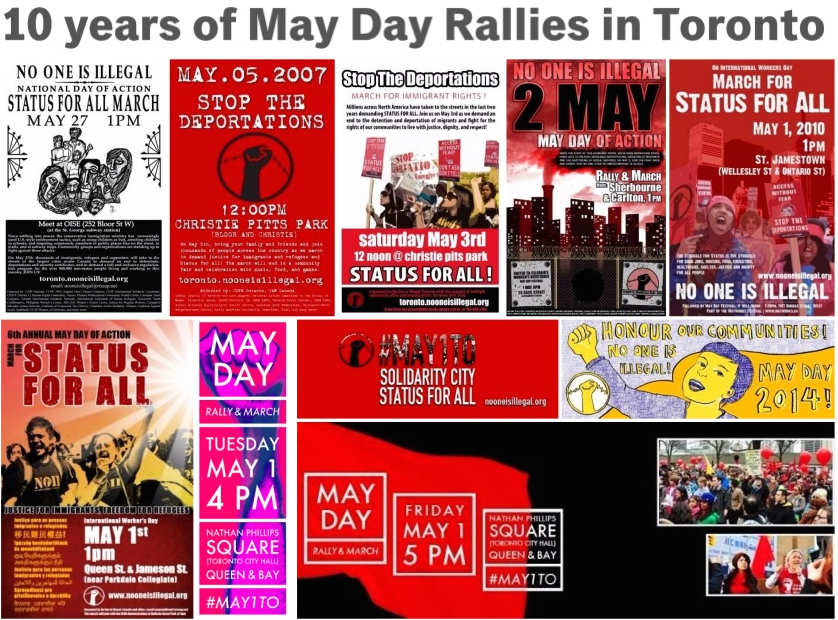 Update: My friend Hussan made a composite of Toronto May Day Posters! 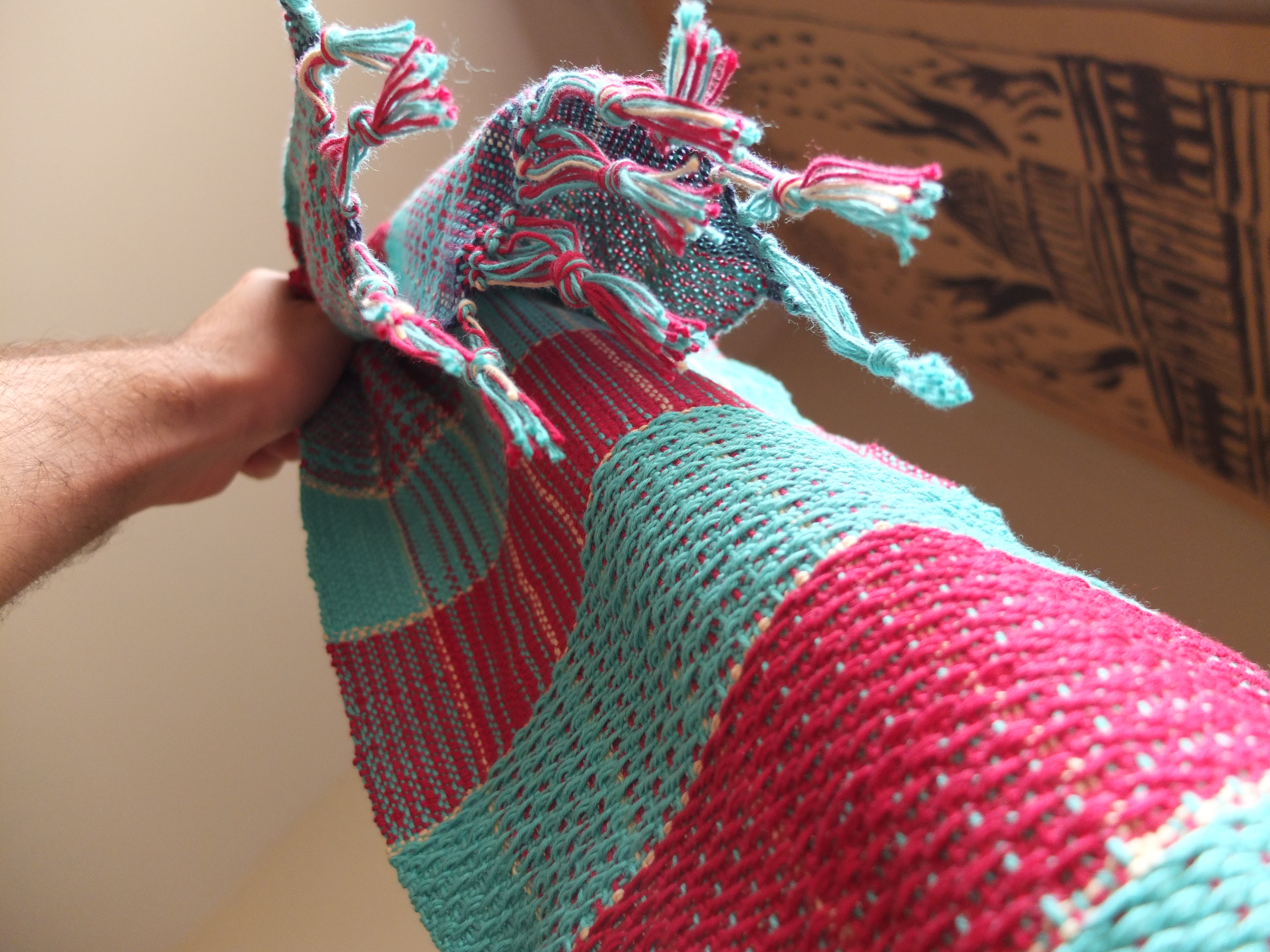 This spring I had the pleasure of taking a weaving course through the TDSB’s Learn 4 Life programming. Our teacher Line DuFour is […] 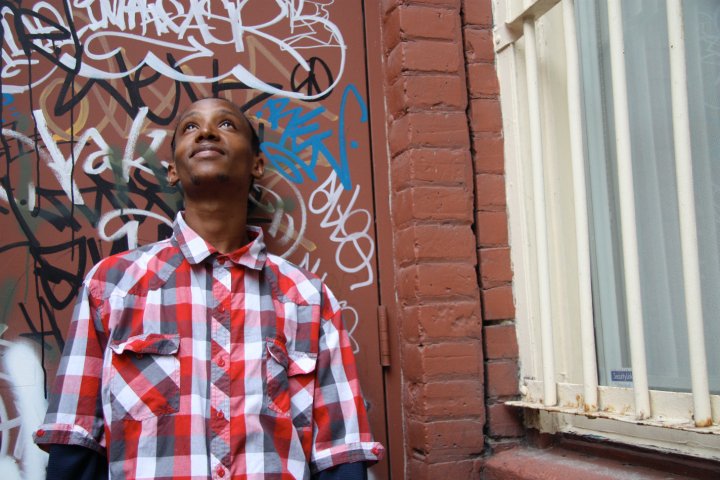