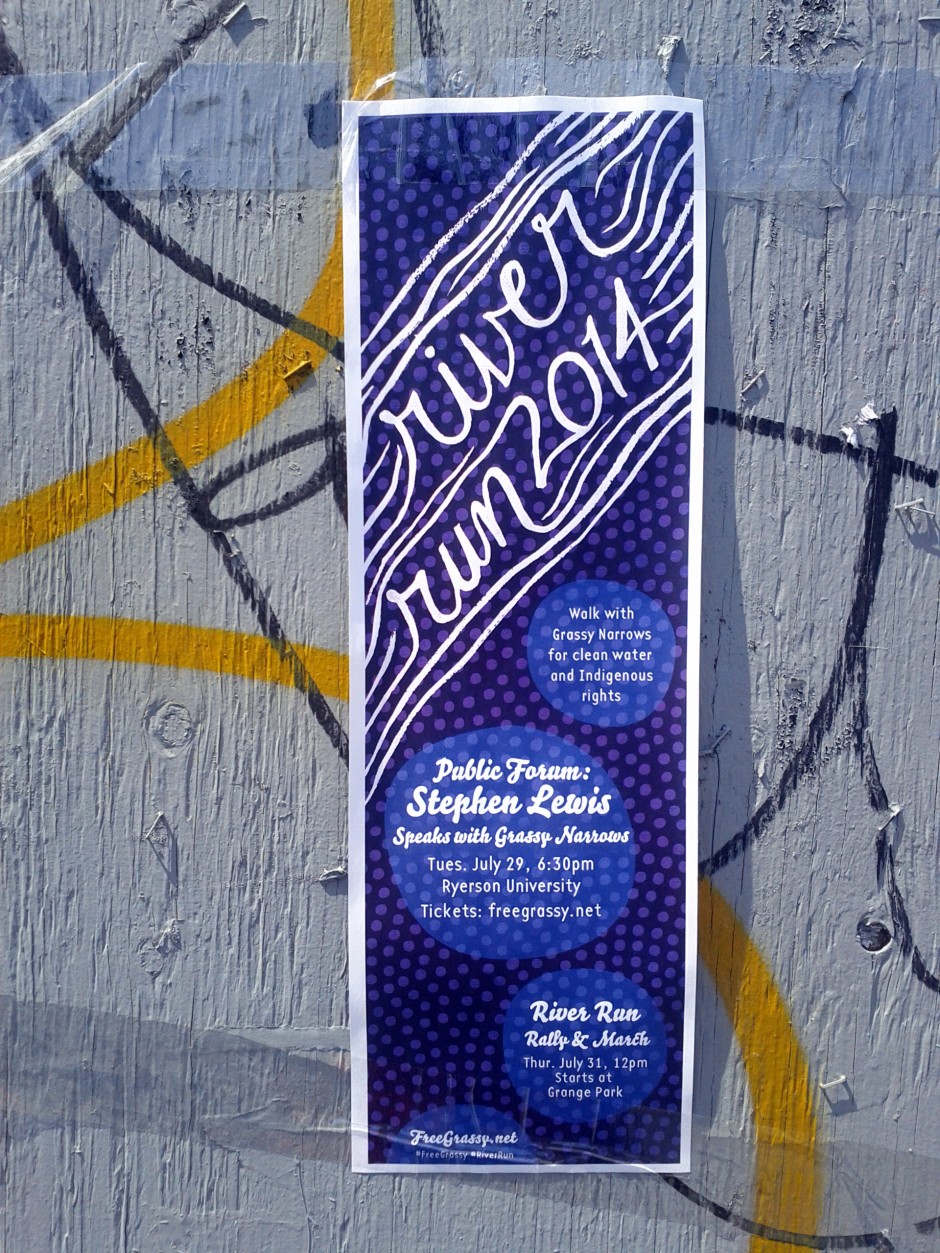 I am still feeling ebullient about last week’s River Run in support of Grassy Narrows First Nation (photo set and video). As Leanne Simpson writes in this article, the people of Grassy “have been coping with and resisting the violence of ongoing dispossession in their homeland for the last 100 years or more.”

This includes their resilience after 20,000 pounds of mercury was dumped into their river system by the Dryden paper mill in the late 1960s and early 1970s, which continues to affect the people of Grassy today by threatening their way of life as Anishnaabe people. In the face of moves to clearcut their lands, Grassy has “organized and maintained the longest-running logging blockade in Canadian history,” writes Simpson.

In 2012, I designed a poster and flyer for the previous iteration of the River Run. The absolute highlight of my participation was co-facilitating an art-making session with kids from Grassy where we printed the placards that were used in the march. By the end of the day, they were running the screenprinting station on their own.

This time around I designed the outreach materials with tings chak. And with the River Run art committee, I helped to coordinate and build art for the march based on the messaging and vision we developed with people from Grassy. In addition to bringing back the river, we made screenprinted nobori-style vertical flags, large banners, capes, fish windsocks, and large fish cutouts based on species native to Grassy. We also created a screen for kids from Grassy to print their own t-shirts for the march.

The lead banner in the march included the character 怨, which roughly translates as grudge or vengeance. It is a powerful symbol taken up by the people of Minamata, Japan, who also experienced severe mercury poisoning, and had to demand acknowledgment and accountability from their government over many years.

Recognizing that this symbol has also been taken up by anti-nuclear activists in Japan after 3.11, Sheila and I also printed some bandanas that tried to make this connection. We passed on some of these bandanas to friends who were visiting Tokyo and the Irregular Rhythm Asylum infoshop, which has been a hub of anti-nuclear organizing. 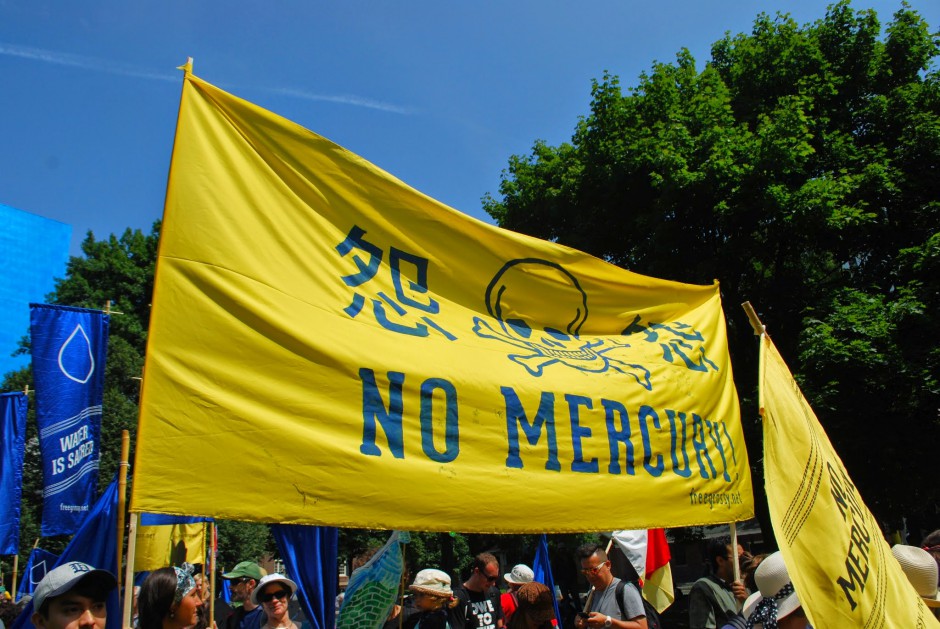 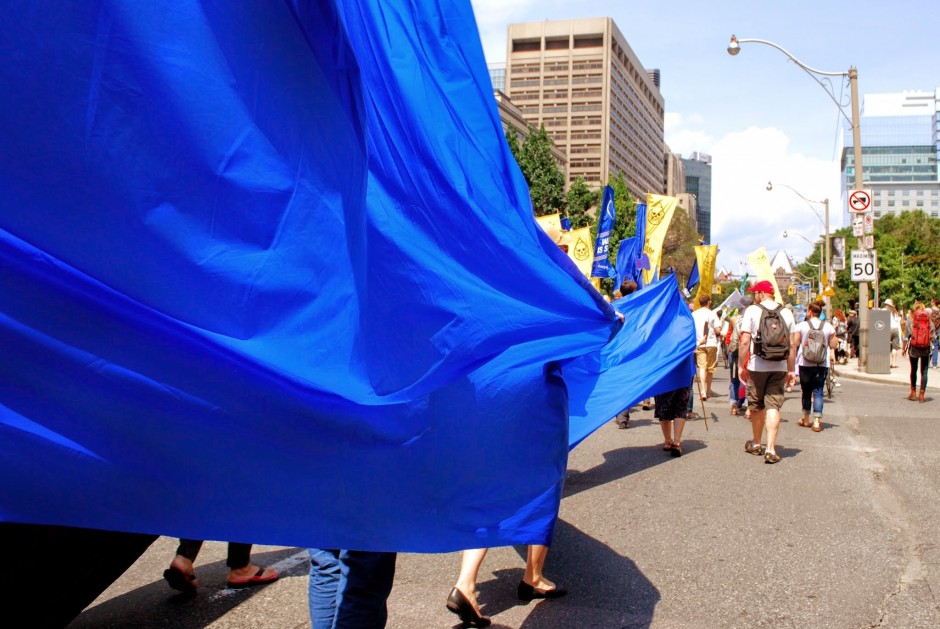 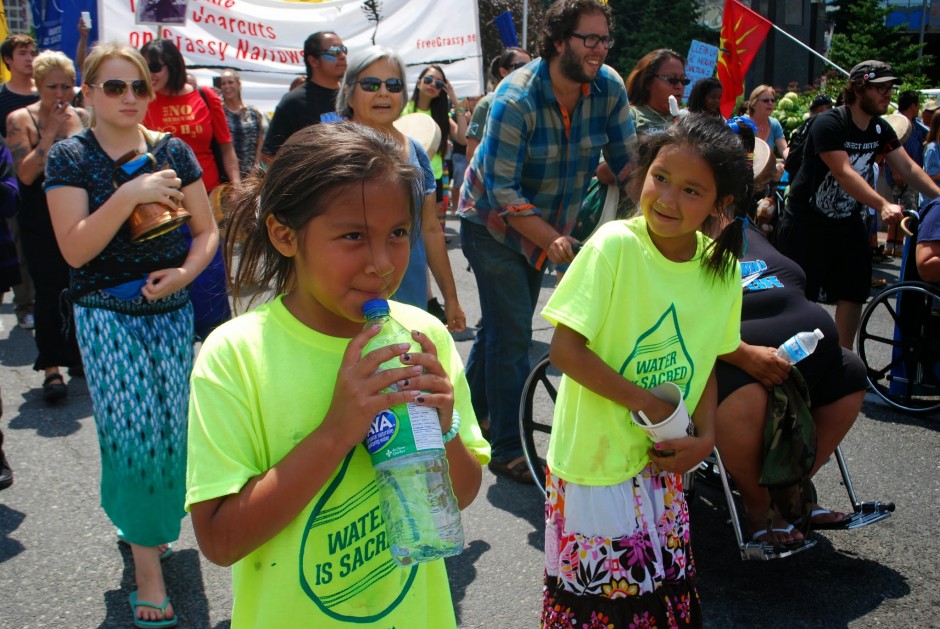 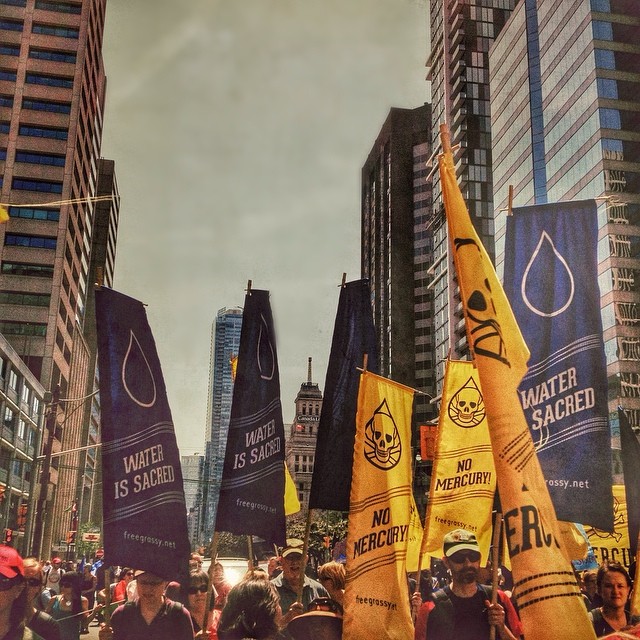 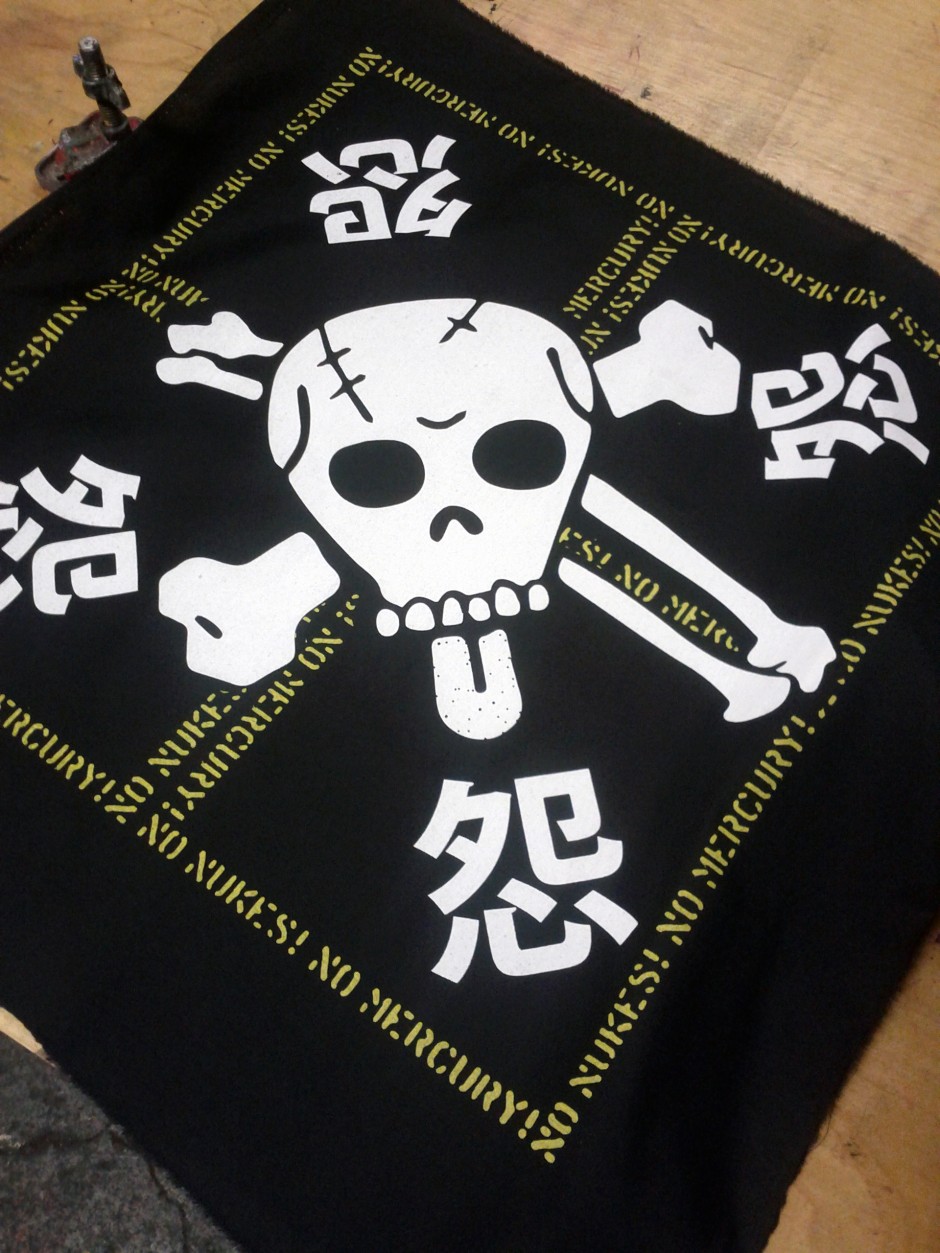 Hey it’s me checking in. I’m prepping with Radical Design School for our workshop during the OPIRGs’ Rebuilding Bridges conference. Our session involves […] 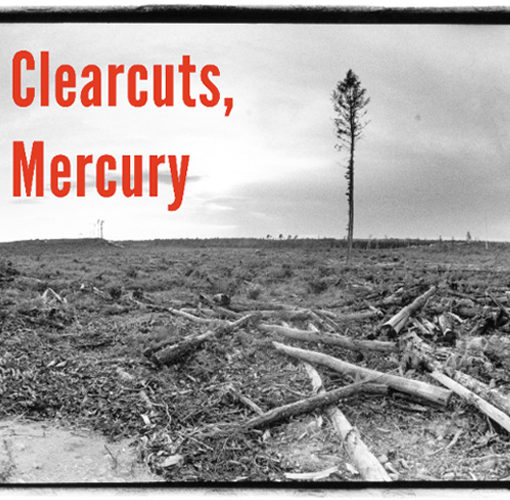 Part of a street-postering campaign in Toronto in support of Grassy Narrows in October/November this year. 3′ x 4.5′ portrait and 6′ […]